What I'm Reading: The Power of Habit

Over the course of the past week I've been reading The Power of Habit: Why We Do What We Do in Life And Business by Charles Duhigg, a book for which I heard a favorable review by a friend not long after it was published in 2012.  As with many good intentions that I hold - in this case the idea that I should read this book - I thought about it, but didn't actually do anything about it until I saw the book in the "new release" section of my local library while I was looking for something to read over the holidays.  I decided on a bit of a whim to check it out and I'm so glad that I did.

The author, in an easy to understand way, shares scientific research about the neurology of habit formation and the habit loop.  He also shares some surprisingly interesting case studies of how the existence of habits - even if we don't recognize them as such - can impact individuals, companies, and even communities.  Duhigg states that "habits are created by putting together a cue, a routine, and a reward, and then cultivating a craving that drives the loop." Although we never truly eradicate a habit (even if we no longer manifest it with our actions, the habit pathway lives on in our brains), we can cultivate new habits to replace those we deem undesirable by working within the framework of the existing loop.  By identifying the cue that triggers a habit, the craving that drives us, and the reward that we desire - something that sounds easy in theory but can be quite difficult to actually accomplish - we can create new routines that help us build desirable habits.  In fact, the author offers a real life example of how he did just that with a habit he wished to change in his appendix titled "A Reader's Guide to Using These Ideas."

This book also examines the concepts of keystone habits and willpower.  Duhigg has this to say about keystone habits.  "Some habits...matter more than others in remaking businesses and lives.  These are 'keystone habits,' and they can influence how people work, eat, play, live, spend, and communicate.  Keystone habits start a process that, over time, transforms everything.  Keystone habits say that success doesn't depend on getting every single thing right, but instead relies on identifying a few key priorities and fashioning them into power levers...where should a would-be habit master start?  Understanding keystone habits holds the answer to that question: The habits that matter most are the ones that, when they start to shift, dislodge and remake other patterns."  He goes on to present some compelling examples of the impact of mindfully cultivating strong keystone habits or changing those that need to be changed.

As with the chapter on keystone habits, I likewise found the chapter on willpower to be surprisingly fascinating.  Case Western Reserve University researcher Mark Muraven found through a variety of studies that "willpower isn't just a skill. It's a muscle, like the muscles in your arms and legs, and it gets tired as it works harder, so there's less power left over for other things."  He went on to say that "if you want to do something that requires willpower - like going for a run after work - you have to conserve your willpower muscle during the day.  If you use it up too early on tedious tasks like writing emails or filling out complicated and boring expense forms, all the strength will be gone by the time you get home."  The take away for me is that it is possible to strengthen my willpower muscle and that I can approach new endeavors in a way that recognizes the role of a limited cache of willpower.

Duhigg states in the last chapter of his book that the "way we habitually think of our surroundings and ourselves create the worlds that each of us inhabit."  This resonated with me and drew a connection in my mind to the Buddhist theory of karma as I understand it, not as a practitioner, but as an interested seeker.  This isn't quite the same as the western pop culture notion of karma that if you do good things, good things will happen to you and if you do bad things, bad things will happen to you.  Rather than dealing with actions, it deals with intention. According to this Wikipedia post (not a very spiritual source, I know, but it provided one of the easiest to digest explanations that I was able to find), "every time a person acts there is some quality of intention at the base of the mind and it is that quality rather than the outward appearance of the action that determines the effect."  The point of these two ideas, for me, is to reinforce the notion that I have the power to influence the very fabric of my daily life with the way that I think about it.

Part of why I enjoyed this book so much, and why I am sharing it here, is the personal revelation that there are many elements of having good intentions but not following through that may be attributable to my current habits (despite never having thought of them in this way before).  Duhigg reports that William James devoted an entire chapter in his book The Principles of Psychology to the topic of habits and their role in creating happiness and success.  James declared that water is the most apt analogy for how a habit works.  Water "hollows out for itself a channel, which grows broader and deeper; and, after having ceased to flow, it resumes, when it flows again, the path traced by itself before."  What if I can not only cultivate new habits that help me live more intentionally, but also recognize some of my less desirable habits for what they are - habits that I can change with intention, planning, and discipline?  What are my keystone habits that serve me well and what are those that don't?

The author posits that "almost all...patterns that exist in most people's lives - how we eat and sleep and talk to our kids, how we unthinkingly spend our time, attention, and money - those are habits that we know exist.  And once you understand that habits can change, you have the freedom - and the responsibility - to remake them.  Once you understand that habits can be rebuilt, he power of habit becomes easier to grasp, and the only option left is to get to work."  That's some pretty heady - and exciting - stuff.


"Habit is habit, and not to be flung out of the window by any man, but coaxed downstairs a step at a time."  ~Mark Twain

Email ThisBlogThis!Share to TwitterShare to FacebookShare to Pinterest
Labels: habit, The Power of Habit, What I'm Reading

Brittany
I'm a stay-at-home mother of three young children who finds that I've been approaching my days with a lot of good intentions, but not with deliberate intention. I am a mainstream mama who aspires to live a more simple, authentic life. I dream about growing my own food, making healthy meals from whole ingredients for my family, crafting the things that I use in my daily life at home, and spending quality time with my husband, children, friends, and family. In reality, there are many days that I don't even manage to fit in a shower, we eat out entirely too much, I'm too often cranky with the kids, and I couldn't tell you what exactly I've been up to once the day is done. I'm on a mission to live intentionally. 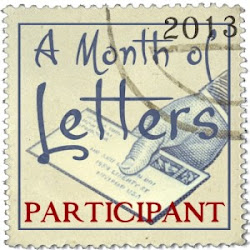